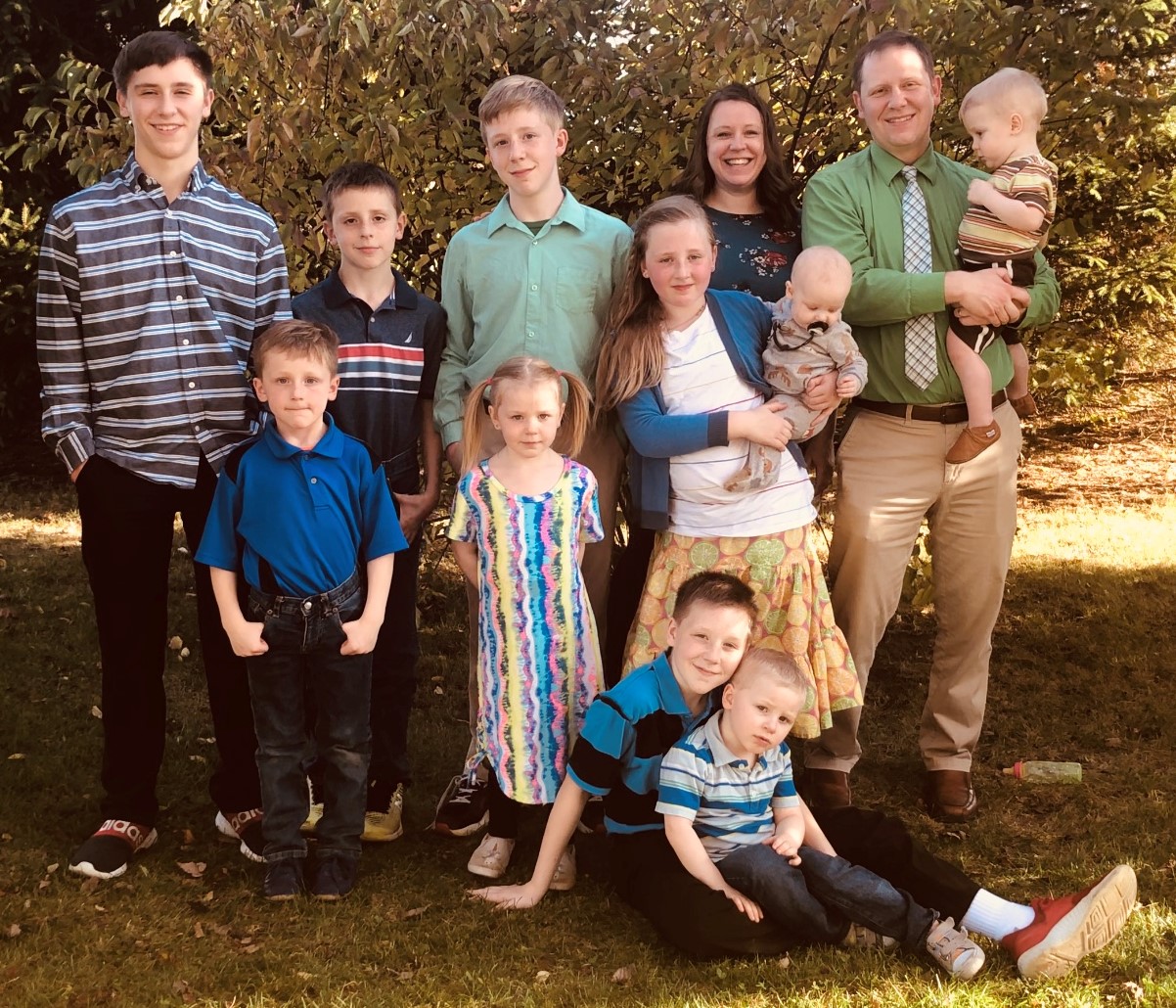 My wife (Rebekah) and I both grew up in Oregon and got married a couple years after high school.  After completing my undergraduate studies at Oregon State, we moved to Champaign-Urbana in order for me to attend graduate school at the University of Illinois in 2001.  The next year, we began attending Calvary Baptist Church.  At the time, we both claimed to be saved and began a Bible study to learn more.  Within a couple months of studying the Bible, I began to realize that I was not born again.  In early 2003, I heard a sermon that helped me to see my sin, my guilt, and my need.  I immediately repented and put my faith in Christ and His death, burial, and resurrection.  My wife soon came to the same realization and got saved.

As we continued to attend Calvary and were mentored by a godly couple, we began to get involved in ministry.  I began teaching part time in the school and working with the teenagers.  Later, I started teaching an adult sunday school class and became heavily involved in evangelism.  As time went on, I began to feel God working on me about surrendering to full time Christian service.  In 2010, the Lord’s call became clear to me and others, resulting in me beginning as the assistant pastor that fall.

During my 10 years as an assistant, the Lord opened the door to a variety of new ministries.  I was ordained in the summer of 2019 and then called to be the senior pastor at Calvary Baptist in the Summer of 2020.  I marvel at how the Lord has led us to this point.  Praise God!

As a youth pastor at Calvary, I had the privilege of being involved in a variety of teen ministries.  The majority of my time was spent as a full time teacher and basketball coach.  My wife and I led separate teen classes for the boys and girls in an attempt to have a more specific ministry focus for each group.  I was also blessed with the opportunity to teach Sunday School, disciple new believers, and participate in several modes of evangelism.  With regards to education, my path was unconventional, but I know the Lord has a reason in everything.  I received a Bachelors in Physics at Oregon State and a Masters and PhD in Physics at the University of Illinois at Urbana-Champaign.  I’ve also received a Masters of Theology degree from Baptist College of America.

My wife and I have been blessed with 11 children:  Austen, Henry, Aaron, Peter, Elizabeth, Ty, Cecilia, Bennett, Cameron, Abraham, and Wilson.  Though having a big family can get pretty chaotic at times, we truly view each one of them as a blessing from the Lord. 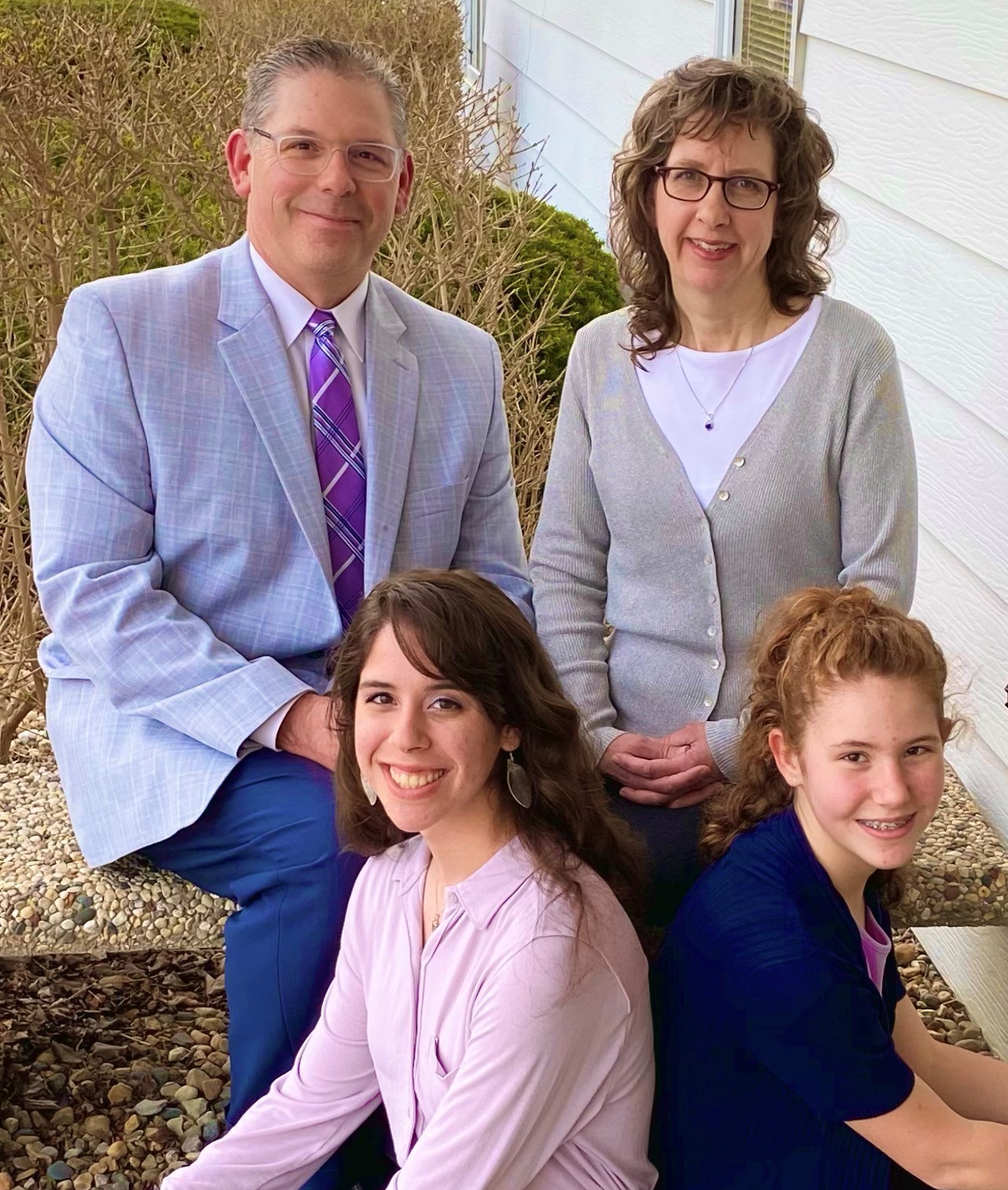 Growing up in Michigan, my brother and I were raised in a Christian home.  However, it was not until after my wife and I married, that I accepted Christ as my Savior.  Through high school I struggled with focus and direction for my life.  After consulting with the pastor of our church, I found myself enrolling at Bob Jones University into their Aviation Maintenance program.  This was a shock for everyone who knew me, and many did not think I would last my first semester.  Graduating from BJU in 1991 and marrying my high school sweetheart in 1992, we attended Bethel Calvary Baptist Church in Taylors, SC while Rene finished her senior year of college.  It was during our first year together that I realized that I was a sinner and needed Jesus Christ as my Savior.  After Pastor Don Snyder finished preaching one Sunday morning on Jesus Christ and His life’s mission, I went forward during the invitation.  After the service, I met with Pastor Snyder and accepted Jesus Christ as my Savior.  I had come to the realization that just because I went to church, helped with church ministries, and was a fairly good person, that those things would not allow me to have everlasting life and entrance into heaven.  The only way for anyone to get to heaven is through faith in Jesus Christ.  In John 14 and verse 6, Jesus says “I am the way the truth and the life, no man cometh unto the Father but by me.”  Since then, I have had a peace in my heart that surpasses all of man’s understanding, and Rene and I have tried to serve God.  Rene has served as a junior church facilitator, as a church secretary, and as a choir member.  I have served as a deacon, an adult Sunday school teacher, a custodian, an usher, and on occasion have preached.

During the spring of 2020 we had come to understand for many various reasons that we needed to relocate to another part of the country.  The Lord led us to Urbana, Illinois and after visiting several churches, the Lord impressed upon us to join Calvary Baptist Church in Urbana.  After a time, the Lord began to work in my heart in a most unusual way.  Through much prayer, talking with my wife Rene and Pastor Olheiser, the Lord impressed upon me to enter full-time ministry as Pastor Olheiser’s Assistant.  While this is a completely different path than what I am used to, God is blessing in a great way as we seek to serve the Lord here at Calvary.  The Lord has also led to me work on completing my Bachelor of Liberal Arts degree in Professional Studies through Bob Jones University and their online degree completion program.

The Lord has blessed Rene and I with five children.  Our two oldest, Heidi and Matthew are both married and are following the Lord in the areas to which He has called them.  Ellie, our second daughter, was born in 2001 with a genetic defect and died four days after her birth.  Molly is a college student with Maranatha Baptist University in Watertown, Wisconsin pursuing a Music Education degree.  Addie, our youngest, is in the 7th grade.